The February issue of the World Health Organization bulletin. 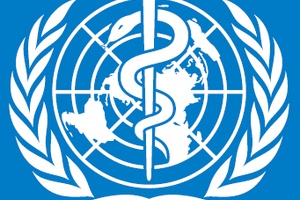 The World Health Organization (WHO) and its partners have long conducted efforts to improve tuberculosis (TB) case surveillance and programme monitoring and evaluation. WHO’s 2011 report on global TB control (1) provided the most reliable information ever generated on the burden of disease and death caused by TB and multidrug-resistant TB (i.e. disease marked by in vitro resistance to at least isoniazid and rifampicin), treatment outcomes, financing mechanisms and new TB diagnostics, drugs and vaccines.

The Global Project on Anti-tuberculosis Drug Resistance Surveillance, launched in 1994, has generated reliable drug resistance estimates for 127 countries based on representative studies that followed standard methods and separately looked at resistance among new and retreatment cases (2). The article by Zignol et al. in this issue of the Bulletin (3) draws on those estimates to portray the best of current knowledge on anti-TB drug resistance, multidrug-resistant TB (MDR-TB) and extensively-drug-resistant TB (XDR-TB) (i.e. MDR-TB disease marked by additional in vitro resistance to at least one fluoroquinolone and one injectable drug).

Zignol et al.’s report confirms that a belt of MDR-TB exists in eastern Europe and central Asia, as suggested by a recent study describing record rates of MDR-TB in Minsk, Belarus (4), where about half of all TB cases harbour MDR-TB strains. The finding that many countries in the same area still lack reliable MDR-TB surveillance systems is therefore highly worrisome. Efforts to understand how MDR-TB is evolving in African countries, India and the Russian Federation are also critically important.

XDR-TB has been identified wherever it has been studied. In countries reporting nationally representative data, 10% of MDR-TB cases are extensively drug-resistant. The availability of good data for multiple years from 51 countries has finally made it possible to study trends in anti-TB drug resistance and to objectively examine why MDR-TB is increasing in some parts of the world and decreasing in others. We must now explore the determinants of these trends, learn from model programmes and delve into poorly understood areas and into the factors that influence how fast MDR-TB is declining in different places – slowly in Russian Federation oblasts, moderately fast in Estonia and Latvia, and fast in the United States of America. Furthermore, Zignol et al.’s suggestion that in the Republic of Korea therapeutic practices within the private sector may explain the increase in MDR-TB raises challenging questions.

Finally, Zignol et al.’s report shows that MDR-TB surveillance is improving and is a useful source of data for investigating the basic determinants of MDR-TB. Sex did not emerge as an important determinant, and the long-feared association between MDR-TB and human immunodeficiency virus (HIV) infection was not supported by the study findings. However, the unavailability of data on HIV serostatus for many countries – not surprising since only 34% of the world’s confirmed TB cases are tested for HIV (1) – dictates caution in interpreting this finding. It also reminds us of how difficult it is to incorporate HIV testing in TB drug resistance surveys and of how far away we are from fully implementing the 12 activities for collaborative control of TB and HIV infection recommended by WHO (5,6).

The mismanagement of non-drug-resistant TB cases, which leads to drug resistance, is a continuing problem everywhere, even in high-income European countries with low TB incidence (7). The resulting growing reservoir of difficult-to-treat cases poses a challenge to national TB programmes and health systems all over the world (8). The number of incurable XDR-TB cases is on the rise in several countries, and properly caring for these cases, and especially for those experiencing treatment failure, is difficult and has obvious logistical, ethical and economic implications (8).

Zignol et al.’s lucid report paves the way for targeted public health action in MDR-TB prevention and control. Although new molecular technologies, including line probe assays and Xpert® MTB/RIF, can allow the rapid diagnosis of thousands of MDR-TB cases, not all countries will be ready to treat those cases in compliance with appropriate guidelines. This obviously poses some risk of generating new super-resistant strains. On the positive side, at least two new forthcoming drugs – bedaquiline and delamanid – will reinforce our treatment armamentarium. The data presented by Zignol et al. should prompt us to make every effort to ensure their proper use.

A Matteelli a, R Centis b, L D’Ambrosio b & GB Migliori b